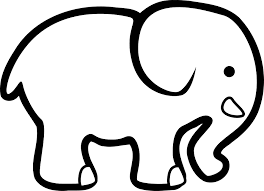 Recruit With Conviction aims to smooth the path to suitable, safe and sustainable employment for people with convictions – anything which improves the limited number of available jobs is worth considering.

Our first principle is that all employers should recruit the right person, for the job regardless of unrelated criminal convictions. We know that experience of prison has an exponentially close correlation with long-term poverty, low pay and unemployment and this traps people into criminal lifestyles, however this is nuanced and complex.

The failure of employers to recruit people after prison creates a glut of talent and there are employers which already choose to cherry-pick the best talent from prison and they are amply rewarded with outstanding staff. These employers take a commercial perspective and recruit the people who would be most likely to get a job. The benefit to society of recruiting directly from prison is that the individual gets a job sooner than they would normally. They are forward looking, efficient and socially aware businesses and we need more of these companies.

However, financially rewarding companies for “recruiting with conviction” would only have a marginal effect in encouraging more employers. We just need more employers to understand the merits of employing people with convictions better – for their commercial contributions rather than for state aid. Such an incentive scheme suggests that there is something wrong with recruiting people from prison and undermines the positive message. It also rewards some companies for simply recruiting the best people.

A conviction is like taking a turd to work and people tend to attempt to polish the turd rather than focus on the changes they have made to their lives. Everybody knows that you can’t polish a turd and nobody wants to disclose a criminal conviction. Where disclosure is effective and honest, employers are more likely to recruit with conviction.

As stated above, the problem is nuanced and complex and it requires an evidenced solution – there does not appear to be evidence that a tax-break would work. On a practical level, no good employer would be motivated to recruit someone they perceive to be the wrong candidate because they were given a tax-break to do so. It is the employer’s perception about people with convictions which is wrong, not the level of tax that they have to pay. Our experience of employer recruitment incentives suggests that the commercial sector will always recruit the person who they perceive to be the best and then seek any incentive as a bonus. The incentives do not drive better recruitment behaviour though but deploying ban the box and training recruiters does.

While some people leave prison with the skills that employers want, other people leaving prison don’t have these skills. There needs to be a space in the labour market for them too, so that they can build skills on the job and earn a living wage at the same time. Tax-breaks for employers will not help them.

There are a number of Recruit With Conviction partners such as Freedom Unlimited which uses the “made with conviction” brand. Braveheart Industries, All Cleaned Up and Freedom Bakery. Government investments in these enterprises would be a much better use of money than tax breaks for the corporates. There may be circumstances where payments could be made to commercial companies if they are incurring costs for recruiting people from prison but this needs to be part of a wider solution.

Government spending is always about choice and with ever decreasing budgets Government choices must be wise. If Westminster adopts tax-breaks, Recruit With Conviction will request that the Scottish Government deploys a solution which matches evidence rather than headlines. Our long standing experience of economic development relating to people with convictions suggest that tax breaks would be a white elephant.

We need strong political leaders who promote the concepts of rehabilitation to build trust in the readiness of people for employment when they leave prison.

There are however some other good ideas contained within the wider report on the following link: